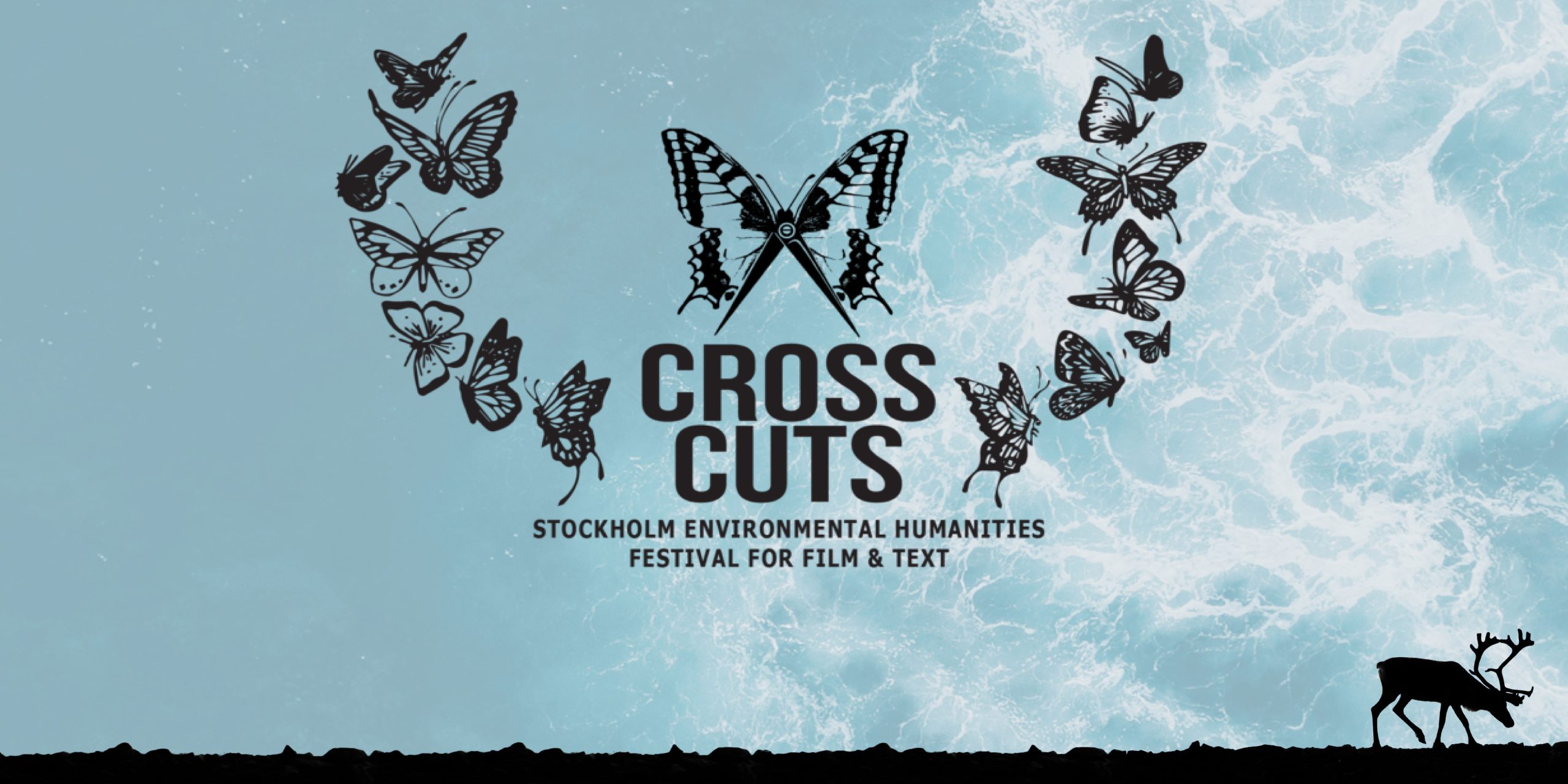 Welcome to attend the third edition of Stockholm’s environmental humanities festival for film and text: Crosscuts. This is an open and free event, but the number of seats are limited. In order to get a seat, you need to register here first: www.kth.se/form/crosscuts

If you have questions or if you registered and need to cancel, please send us an email: info@crosscuts.se

Find it on Google maps 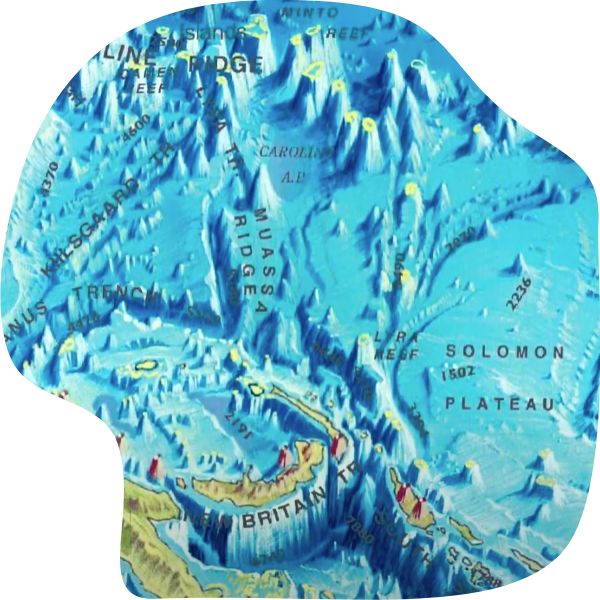 Brownbag seminar with short documentaries and a panel discussion on deep sea and resources. Everyone who signs up will get a vegan lunch sandwich.

What is Deep Sea Mining? (directed by Inhabitants with Margarida Mendes) is a five episode short film series dedicated to the topic of deep sea mining, a new frontier of resource extraction at the bottom of the ocean, set to begin in the next few years.

Robert Blasiak
Researcher at the Stockholm Resilience Centre, where he focuses on the sustainable management of ocean resources, and ocean stewardship.

What is Deep Sea Mining? 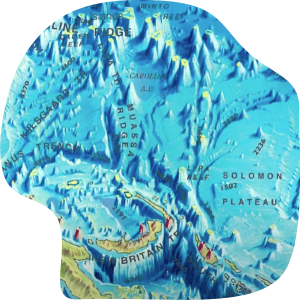 What is Deep Sea Mining? is a five episode short film series dedicated to the topic of deep sea mining, a new frontier of resource extraction at the bottom of the ocean, set to begin in the next few years.

Deep sea mining will occur mainly in areas rich in polymetallic nodules, in seamounts, and in hydrothermal vents. Mining companies are already leasing areas in national and international waters in order to extract minerals and metals such as manganese, cobalt, gold, copper, iron, and other rare earth elements from the seabed. Main sites targeted for future exploration are the Mid-Atlantic Ridge and the Clarion Clipperton Zone (Pacific Ocean) in international waters, as well as the islands of Papua New Guinea, Fiji, Tonga, New Zealand, Japan, and the Portuguese Azores archipelago. Yet, potential impacts on deep sea ecosystems are yet to be assessed by the scientific community, and local communities are not being consulted.

The prospects of this new, experimental form of mining are re-actualizing a colonial, frontier mentality and redefining extractivist economies for the twenty-first century. This web series addresses different issues related to this process, from ocean governance by international bodies to knowledge of the deep, following the lines proposed by the United Nations for a shift towards a “blue economy,” but also efforts to defend sustained ocean literacy about the deep ocean, when its species and resources remain largely unmapped and unstudied.

What is Deep Sea Mining? is developed in collaboration with Margarida Mendes, curator and activist from Lisbon, Portugal, and founding member of Oceano Livre environmental movement against deep sea mining. It was commissioned and funded by TBA21 – Academy and premiered at the 2018 New Museum Triennial: Songs for Sabotage.

“What is Deep Sea Mining?” is a web series commissioned and funded by TBA21 – Academy. 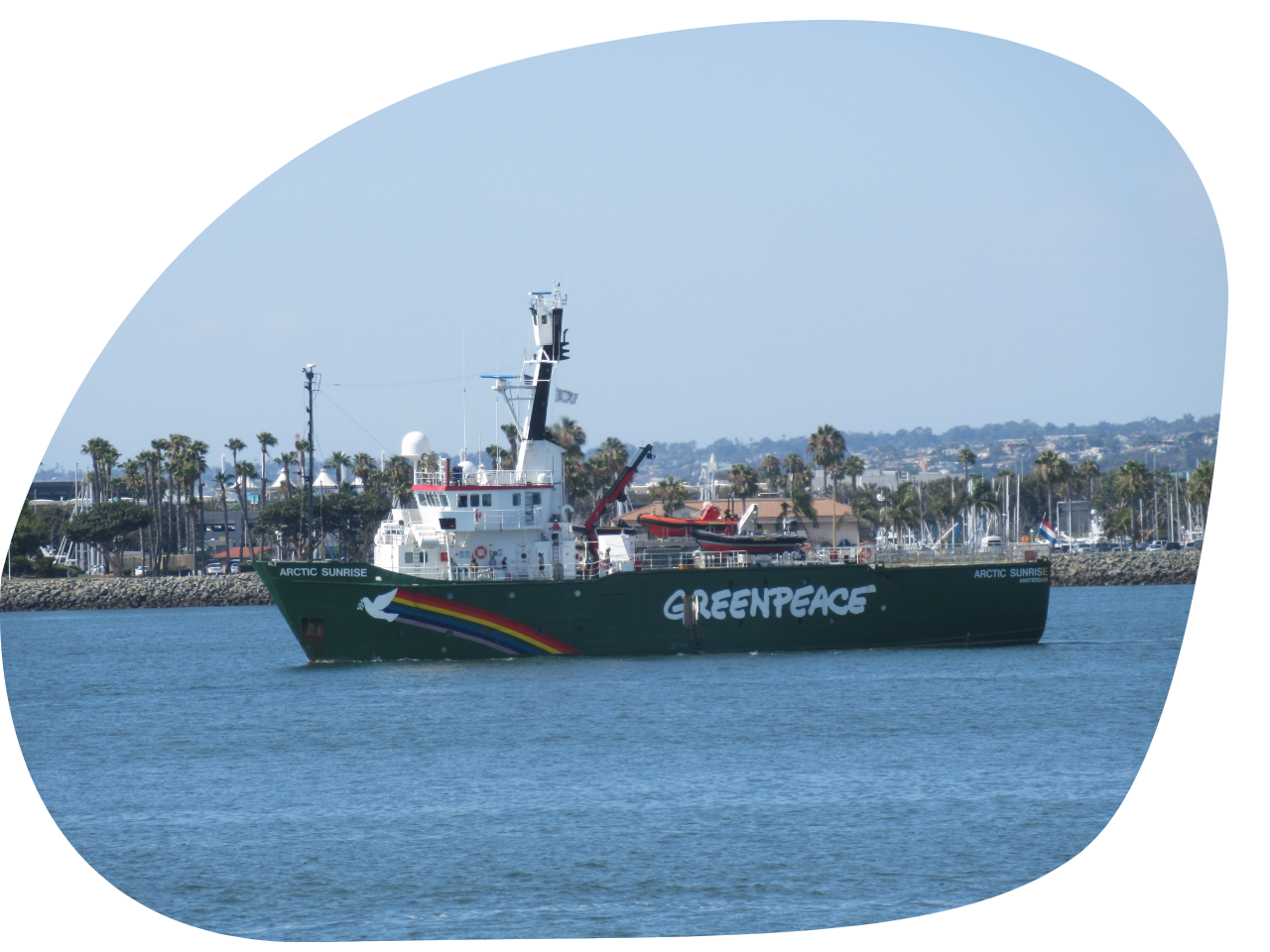 Screening of the Greenpeace film How to Change the World. The film is introduction by Karl Andreasson, Trainer Lead at The Movement Hub project by Greenpeace in Europe.

How to Change the World is a documentary film, from writer-director Jerry Rothwell (Deep Water), which chronicles the adventures of an eclectic group of young pioneers who set out to stop Richard Nixon’s nuclear bomb tests in Amchitka, Alaska, and end up creating the worldwide green movement with the birth of Greenpeace.

About How to Change the World

How to Change the World 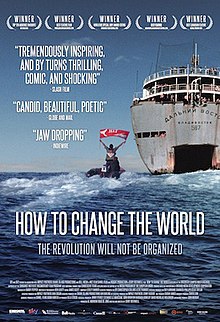 How to Change the World is a documentary film, from writer-director Jerry Rothwell (Deep Water), which chronicles the adventures of an eclectic group of young pioneers who set out to stop Richard Nixon’s nuclear bomb tests in Amchitka, Alaska, and end up creating the worldwide green movement with the birth of Greenpeace.

In 1971 a small group of activists set sail from Vancouver, Canada in an old fishing boat. Their mission was to stop Nixon’s atomic test bomb in Amchitka, Alaska. Chronicling this untold story at the birth of the modern environmental movement and with access to dramatic archive footage unseen for over 40 years, the film centres on eco-hero Robert Hunter and his part in the creation of the global organization now known as Greenpeace. Structured by the five rules of engagement from Hunter’s writings. 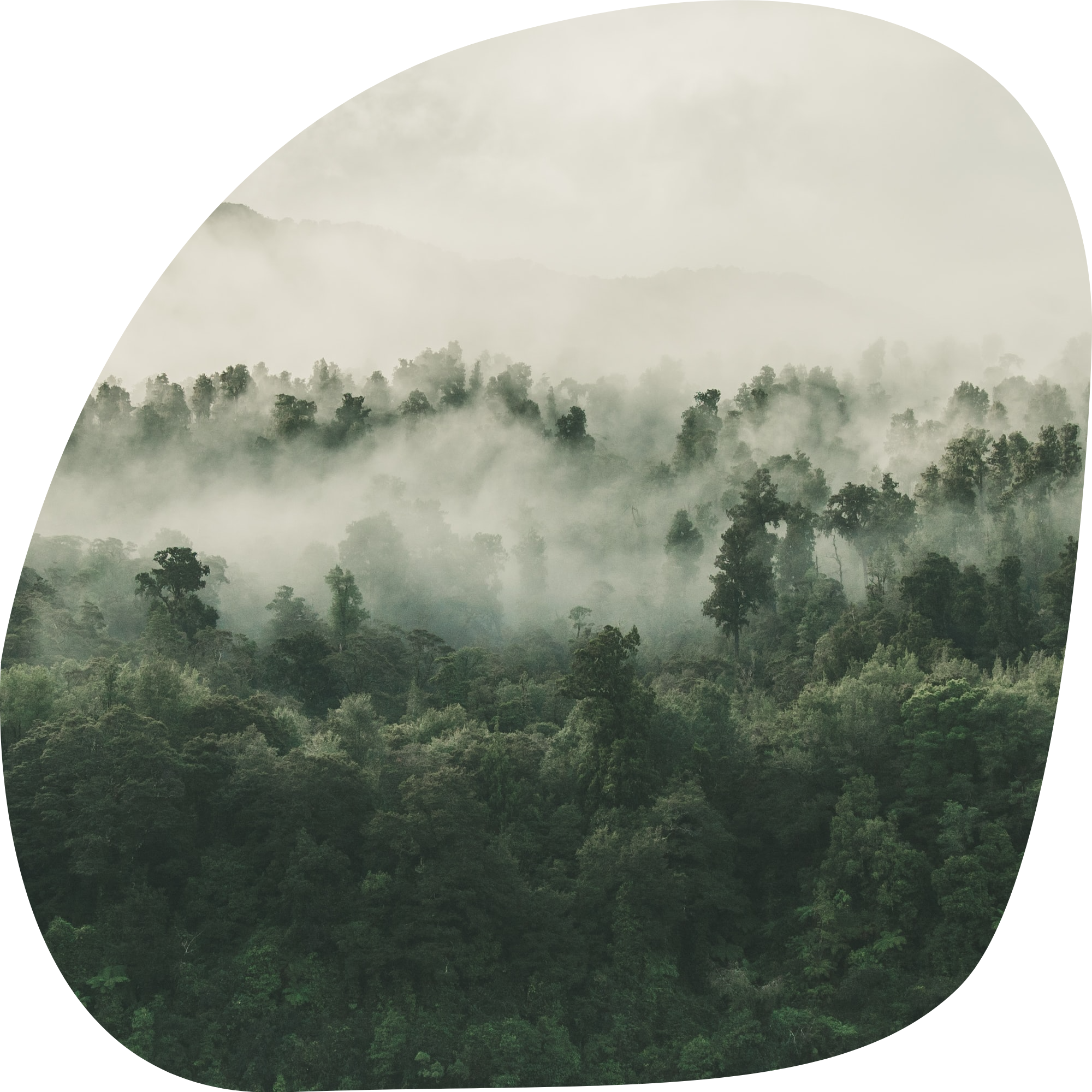 Juan will be performing his poetry from the Amazonia

Evelyn will be reading her poetry on plastic and ecopoetic critic of self/others, multispecies relations, etc.

Ylva will perform a joik.

Juan and Evelin will join us online for a reading followed by a discussion with the audience. Ylva will be performing live on stage. 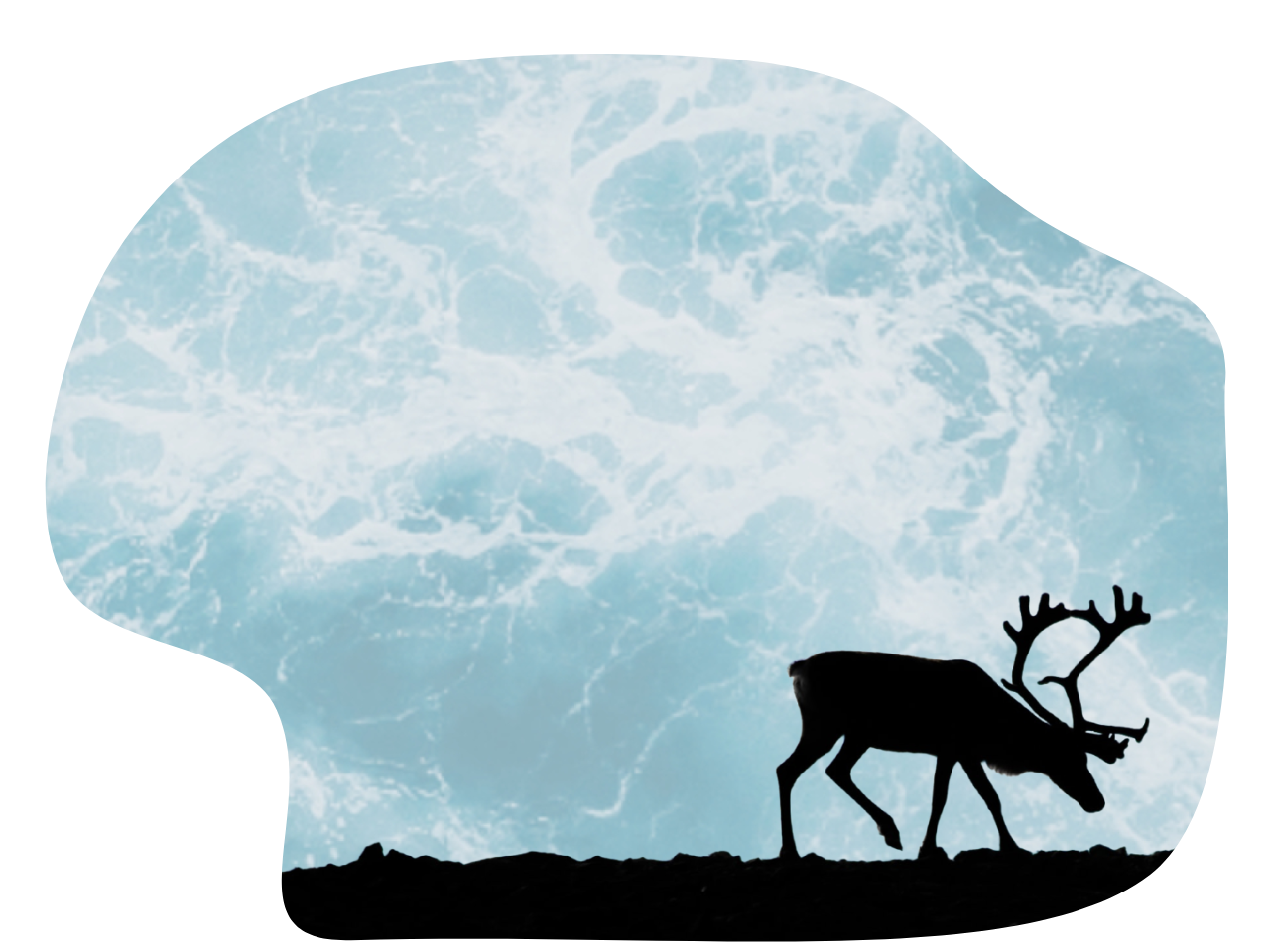 Break between sessions. Mingle with snacks, canapees and soft drinks in Ångdomen. 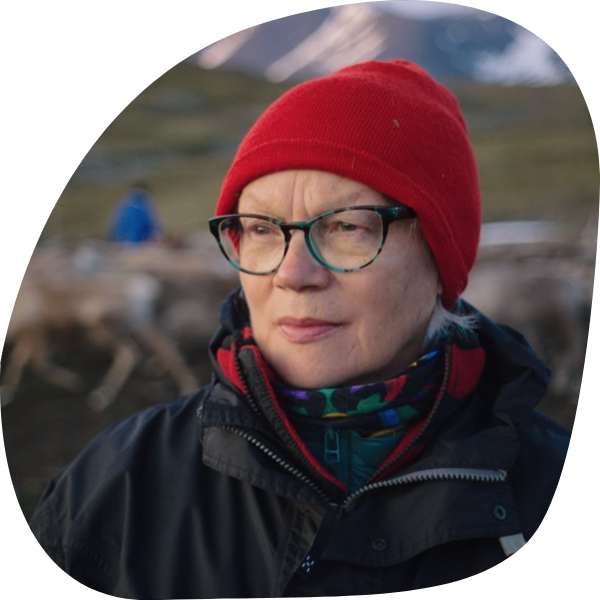 Screening of the film Historjá – Stygn för Sapmí (directed by Thomas Jackson), followed by a panel discussion. The film is shown with English subtitles.

Historjá – Stygn för Sapmí  is a poetic and striking depiction of the Sami artist Britta Marakatt-Labba. Her art describes the Sami culture, today and historically, and about the Sami reindeer husbandry, which is fundamentally threatened by the global climate crisis.

Gunhild Ninis Rosqvist
Professor at Stockholm University, with expertise in both past and present effects of climate change on mountain and polar environments, especially effects on the cryosphere.

This panel is moderated by Liubov Timonina, doctoral student in History of Science, Technology and Environment at KTH Royal Institute of Technology. Liubov does research in History, Visual Narratives and Geographical Imaginations, as well as Outdoor Recreation and Colonial Spatialities in the Arctic. 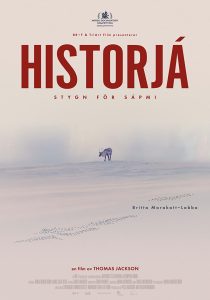 Artist Britta Marakatt-Labba has for decades depicted the indigenous Samí people’s mythology, relation to nature and political struggle. Now she is facing one last fight; the battle for her culture against the threats of climate change. Trailer